The 2011 Copa del Rey final was the 107th final since its establishment. The match was a traditional 'El Clásico' rivalry between Barcelona and Real Madrid which took place on 20 April 2011 at the Estadio Mestalla, making it the sixth such Copa del Rey final (the last one was played also in Valencia on 5 April 1990), just four days after the two teams played each other in La Liga and seven days before they played each other in the UEFA Champions League first leg semi-final. Real Madrid lifted the trophy for the eighteenth time in their history with a 1–0 victory after extra time. 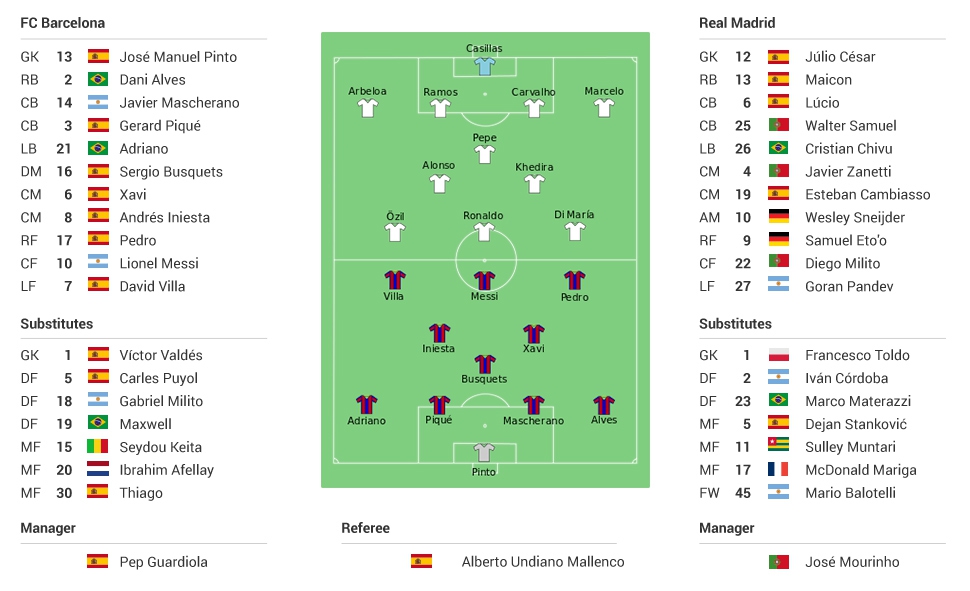