The competition was won by Jose Mourinho's Porto, who defeated Monaco of the French Ligue 1 3–0 at the Arena AufSchalke in Gelsenkirchen, Germany for Portugal's first win since 1987.

This was Mourinho's second European trophy in two years, following their UEFA Cup success from the previous season.

This was also the first UEFA Champions League competition to feature a 16-team knockout round instead of a second group stage. 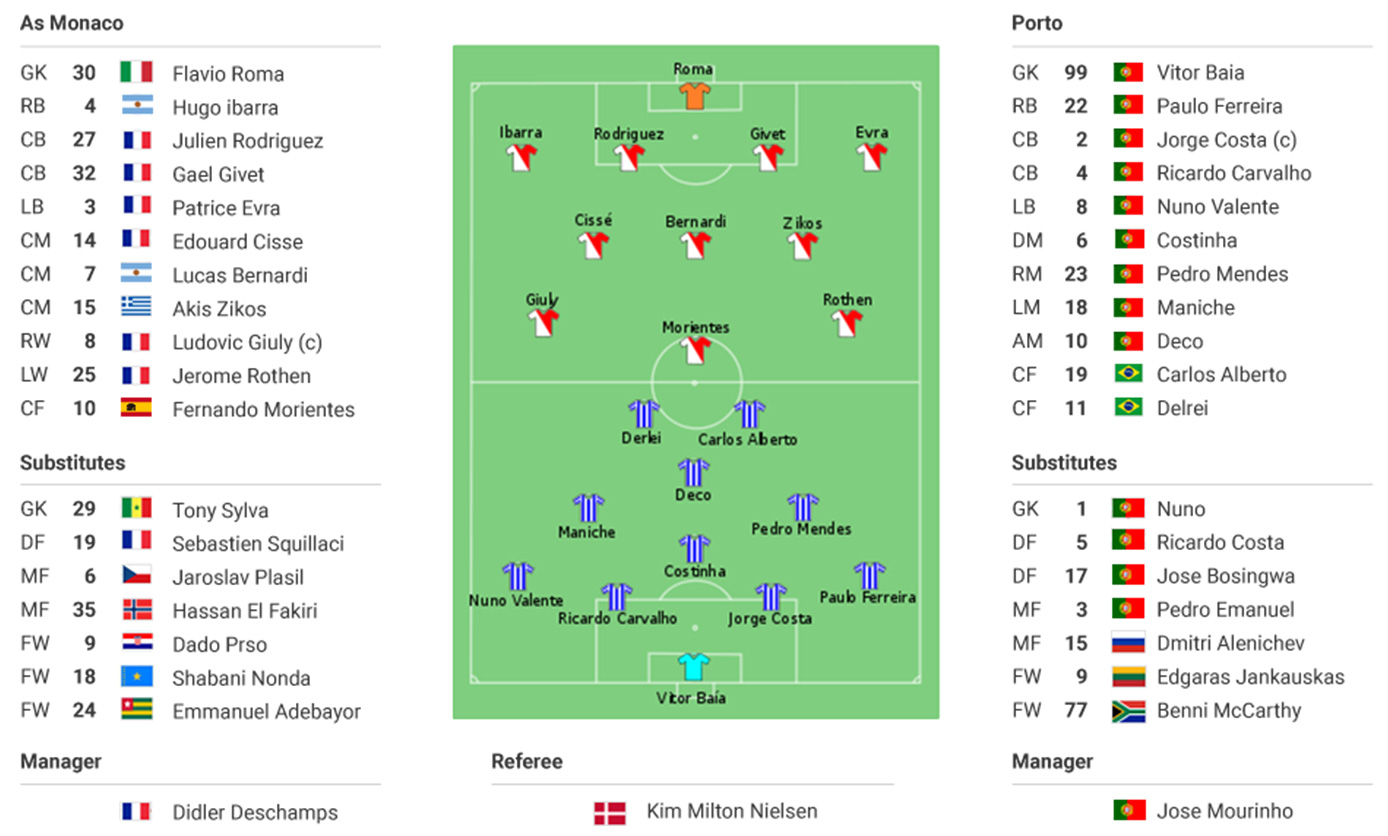