This final was played on 22 May 2010, at the Santiago Bernabéu Stadium, home ground of Real Madrid, in Madrid, Spain.

The final was won by Mourinho's club Internazionale, who beat German side Bayern Munich 2–0. 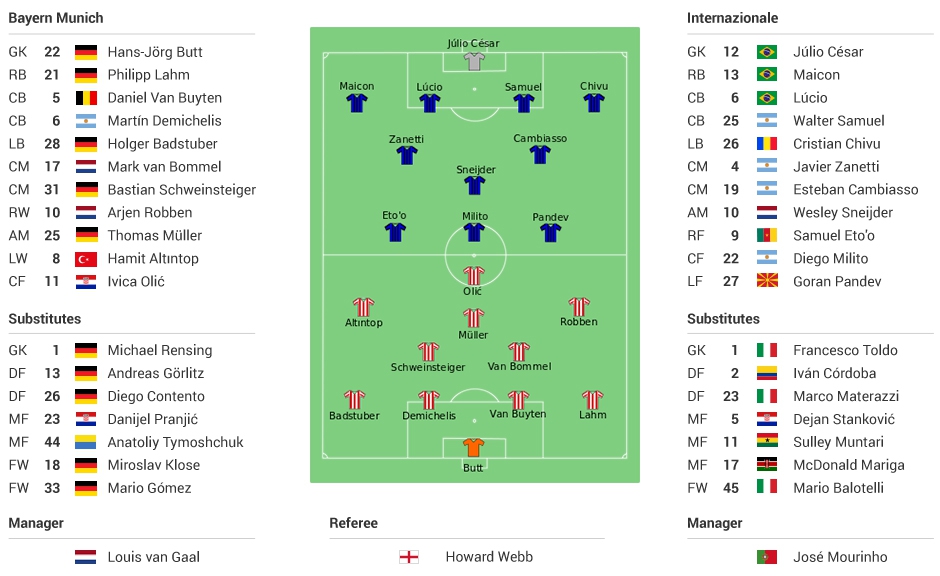