The 2005 Football League Cup Final was a football match played between Liverpool and Chelsea on 27 February 2005 at the Millennium Stadium, Cardiff. 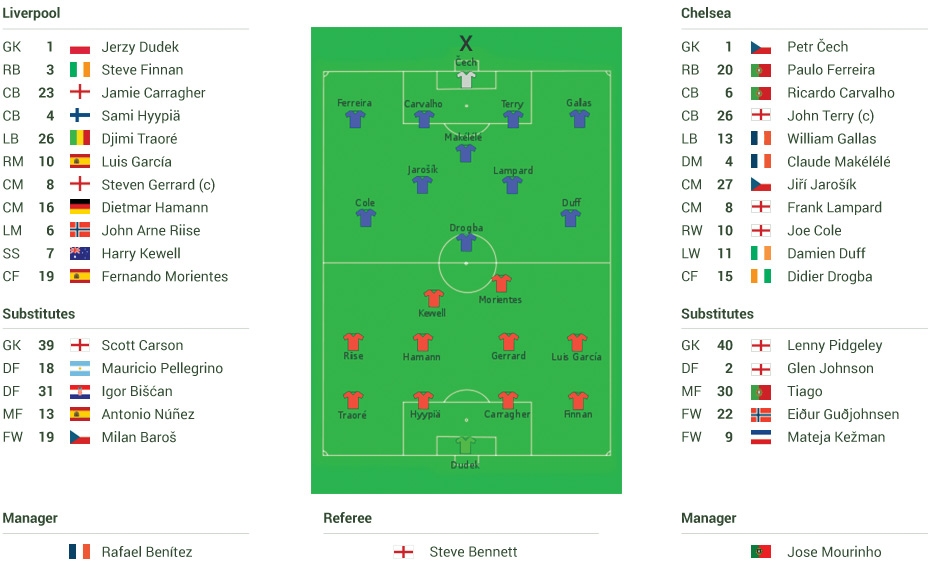