It was contested by Chelsea and Tottenham Hotspur in a repeat of the 2008 Football League Cup Final, which the latter team won.

Chelsea won 2–0 in the 2015 final, with a goal from captain John Terry at the end of the first half, and a second from Diego Costa in the 56th minute.

It was Chelsea's fifth League Cup win, and their first silverware in the second managerial spell of José Mourinho at the club. 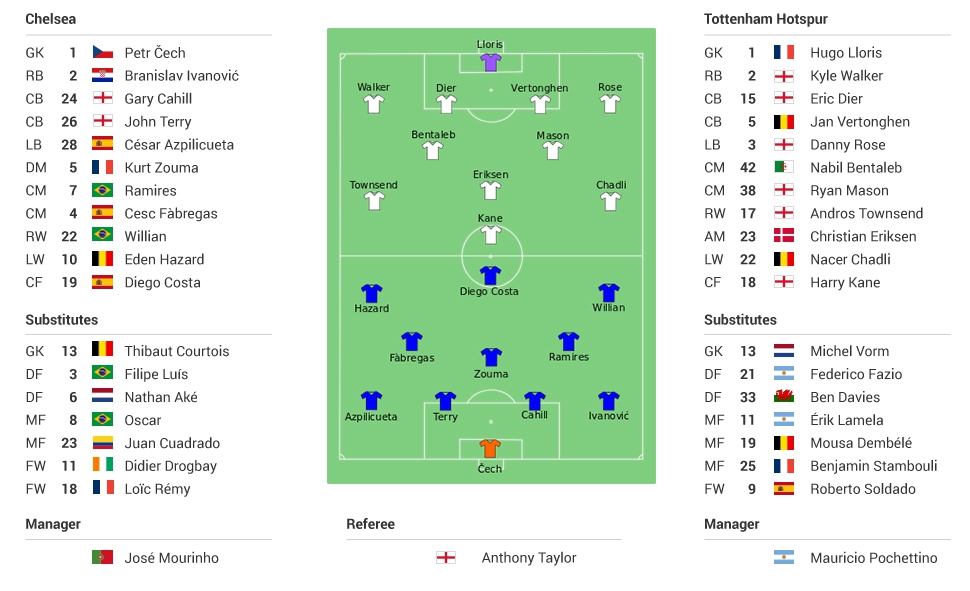